The South African National Defence Force (SANDF) found themselves with some explaining to do in Parliament this week, after their R260 million procurement of an untested – and ultimately unusable – COVID-19 treatment came under the microscope. However, in the search for clarity, more bizarre details about this deal have come to light.

Senior executives serving the army spent about R260 million on ‘unproven COVID-19 remedies’ – and then hid evidence of the payments. It is believed that the so-called ‘treatment’ was initially procured from Cuba, and had even been championed by Ekurhuleni Mayor Mzwandile Masina. Rapport claims that soldiers were clambering to be injected with it first.

The order for the Interferon Alfa-R2B, also known as Heberon, did not come from the South African Military Health Services (SAMHS) – and as such, failed to gain acceptance as stock, as this particular medication is not registered for use in South Africa. Interferon was tested as a COVID-19 treatment last year by the WHO, but it failed to tame the virus.

Can Interferon prevent COVID-19? The answer is no

SANDF stuck to their guns on the issue, insisting that Interferon had shown positive results in several other countries. However, these claims were comprehensively dismissed by Wits University’s Professor Shabir Madhi:

“There is no scientific rationale for doing a clinical trial of Interferon alfa-2b as it has already been shown to be ineffective in the WHO solidarity trial in the treatment of COVID-19.”

Major General Mzikayise Tyhalisi faced the music in the National Assembly, and gave an eye-opening account of SANDF’s response to the virus: The army reacted to the arrival of COVID-19, believing it was the result of ‘biological warfare’ – an astonishing claim made by no other government or armed service elsewhere.

Tyhalisi defended the decision to procure vast reserves of Interferon, saying that decisions made ‘in wartime-like operations’ can often be questioned in hindsight – and SANDF operated under the impression that a ‘chemical threat’ existed.

“Ramaphosa told us to get boots on the ground in April 2020. We were in the process of planning of the employment and protecting these forces. The military has the sole capability of chemical and biological warfare. We did not know how this enemy was going to behave… Interferon was purchased to support the fight against a military biological threat.” 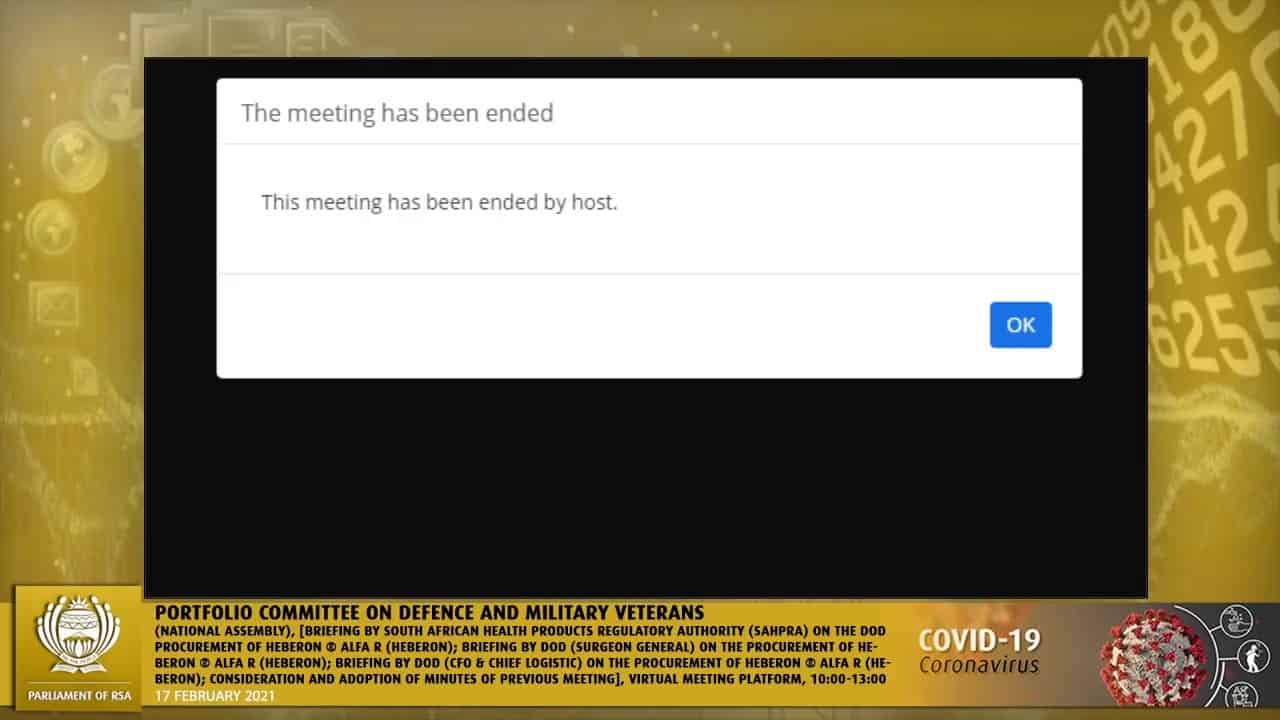 Burna Boy Blocks Lady For Reminding Him Of An Old Tweet
Cardi B Advises Young Ladies Not To Leave Home And Move In With A Man
Funke Akindele Celebrates Jide Kosoko As He Clocks New Age
I Have Mastered The Act Of Loving People From Afar – Tonto Dikeh
LAPD Officer Caught Fondling Dead Woman’s Breast Faces Jail Time
Historic rescue: Circus tigers and lions to get their roar back in SA