Arrive Alive on Wednesday morning, 17 March 2021, shared a video on social media of two trucks colliding. Here’s what you need to know.

The video shared by Arrive Alive was taken by Dave Steele on the N3 highway near Van Reenen’s Pass, the main route between Durban and Gauteng in KwaZulu-Natal.

The team reports that the fire has been extinguished. Clean up operations will commence, however, the southbound lanes are still closed.

In addition, “north- and southbound traffic will contraflow in this section”. Arrive Alive reports:

“Northbound lanes at the Tugela Plaza and Tugela East Ramp Plaza will remain closed until the current traffic backlog is cleared”.

Emergency responders also warn that “heavy rainfall is currently being experienced in the area resulting in decreased visibility and dangerous driving conditions”.

In a statement released by the @N3Route, traffic is currently stacked at road closure point” and emergency services are at the scene.

“All lanes of the N3 Toll Route on Van Reenen’s Pass are currently closed to traffic due to a serious crash incident involving two trucks which are on fire”.

It’s not clear at this stage how the incident occurred or if anyone sustained injuries.

The team urges road users in the region to obtain real-time traffic information and status updates via N3TC’s 24-hour helpline (0800 63 4357) or via Twitter and Facebook.

How to stay safe on the road

A timely reminder to adjust your driving speed and following distances to give yourself time to stop. Allow four to eight seconds between your car and the one in front.

Don’t forget to buckle up as it greatly reduces the change of death and serious injury if you’re involved in a crash. And always adhere to the rules of the road, including the speed limit.

Drinking and driving never mix well, and always remember to pay attention to your surrounding. If you’re tired, it’s advised to stop and rest. In addition: 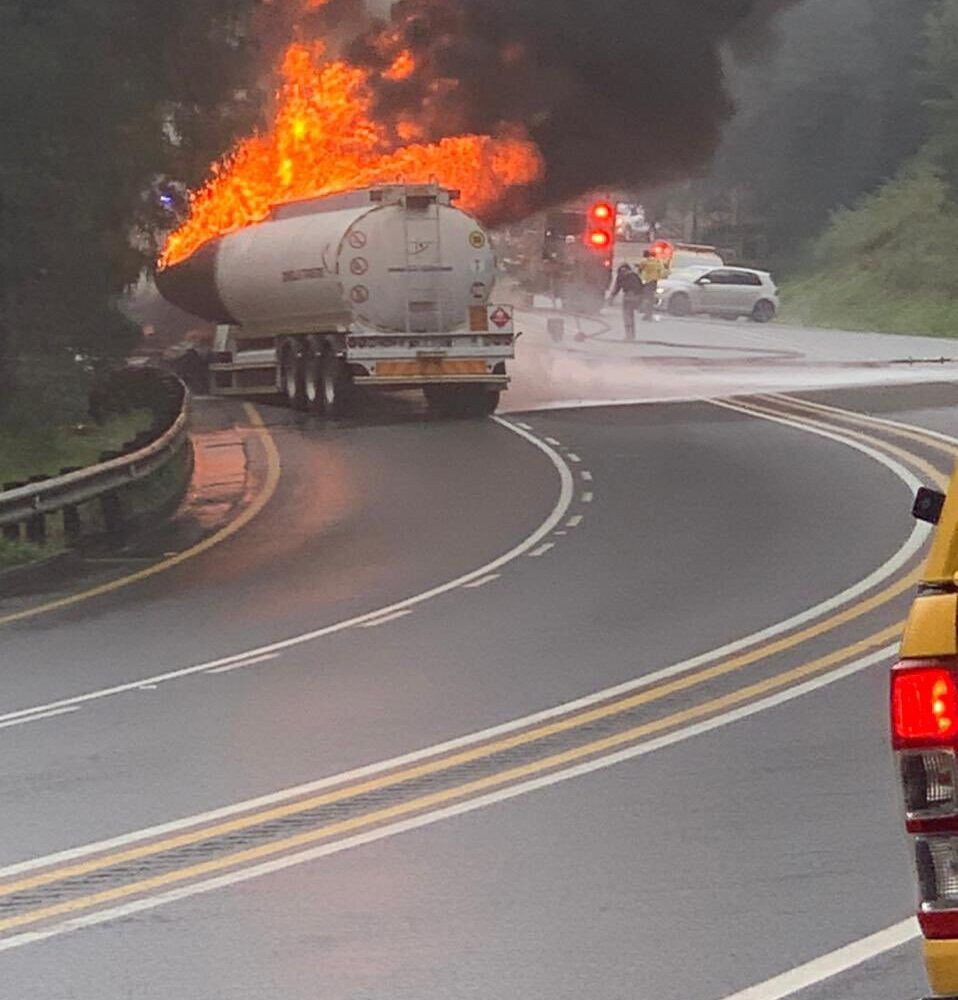