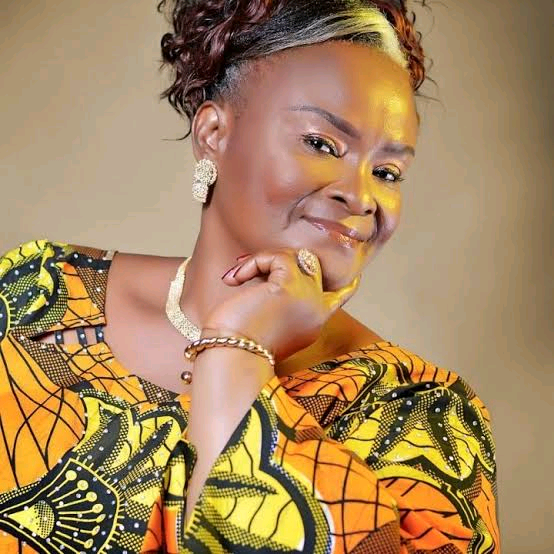 Onwuemene had been battling endometrial cancer for more than two years.

She made her illness known in 2019 and fans and colleagues rallied round to raise money for her treatment.

Nigerian music star, Davido had also donated one million naira for her treatment.

“With a deep sense of loss but total submission to God Almighty, we regret to announce that IFEY ONWUEMENE has gone to be with the Lord.

IFEY ONWUEMENE was diagnosed with endometrial cancer. Her womb was removed, but she has been battling the ailment for many years now.

Ify spent more than N10m, being helped with donations by her fellow actors and other Nigerians. A GoFundme account was opened for her, but it did not yield much. She had to go for draining every two weeks at a cost of N280,000, but only 3 litres of liquid can be removed at a time so that her heart is not affected.

IFEY has finally gone to rest, today 25th May 2021. May her soul rest in perfect peace. Amen”, she wrote. 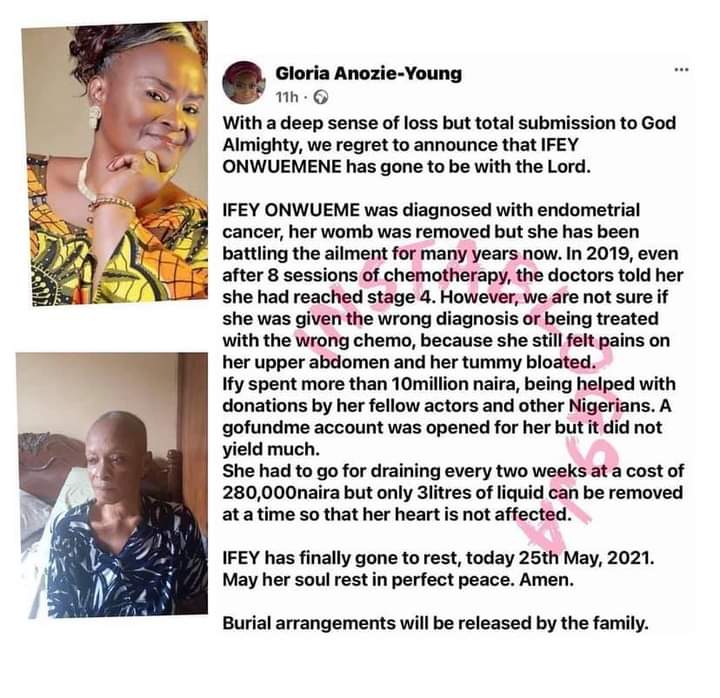