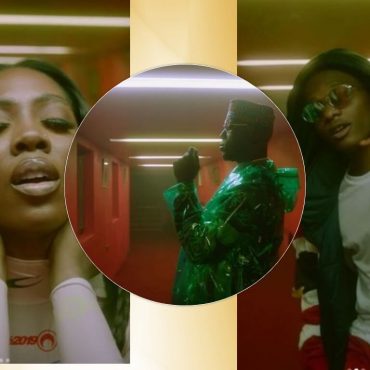 Popular Nigerian disc jockey, DJ Spinall, has revealed that Tiwa Savage fainted during the video shoot for his hit single featuring her and Wizkid, ‘Dis Love’.

The award-winning disc jockey and CEO of The Cap Music disclosed this to American media personality, Ebro Darden during the interview he had to discuss the making of his fifth studio album, ‘Grace’.

“We had the record and we shot the video in London. She actually fainted at the video shoot because she was exhausted from a long trip and I forced her to come for the video shoot right away. So she collapsed on me and I was scared. Then she came back up and still gave me the second verse.”

The ‘Baba’ crooner also shared that the song was actually Tiwa Savage’s idea as she has always wanted a song featuring the three of them.

He further revealed that ‘Dis Love’ is his first project together with the self-proclaimed no 1 African bad gyal.

What Was Meant To Be Yours Will Be Yours – Rosy Meurer
DA to meet in Tshwane despite metro being placed under administration
Outrage As Davido, Sophia Momodu Spotted Cruising In Private Jet Together (Photo)
SASSA: R350 grant ‘likely to be extended’ – but there are challenges ahead
M.I Abaga Challenges Vector To Rap Battle (Video)
Stop Procrastinating, Actress Anita Joseph Tells Fans