The Seaview Predator Park in Gqeberha where a Siberian tiger attacked and killed a man earlier this week has closed its gates until further notice.

THE PARK ANNOUNCED ON FRIDAY EVENING THAT IT WILL BE CLOSED

“Please take note that due to recent events and out of respect for David and his culture, the park will be closed until further notice.”

The park could not yet confirm if the closure was only temporary or permanent.

Since the fatal attack, the park has received a lot of backlash from the public on its Facebook Page.

Some calling for the closure of the park while some defended the park.

On Wednesday the Siberian tiger named Jasper escaped its enclosure and attacked and killed David Solomon.

Solomon had been at the Seaview Predator Park for about 15 years and knew each of the animals since they were cubs.

In a statement, the park said the electric fencing in the enclosure housing Siberian tigers Jasper and Jade was in the process of being repaired when Jasper jumped on the exterior fence and got out.

“Solomon, was, unfortunately, in the passageway between enclosures walking towards the water supply taps when the incident occurred.”

It furthermore stated that David attempted to climb the fence of a different enclosure to get to safety and was pulled off the fence by Jasper, the tiger.

“We confirm that David obviously had bite marks but it would seem that Jasper broke David’s neck when he pulled David off the fence.”

THE SIBERIAN TIGER JUMPED INTO ANOTHER ENCLOSURE

According to the statement, Jasper then proceeded to jump the exterior fence of the next door enclosure which houses Siberian Tigers named Judah and Amber.

A fight ensued between Judah and Jasper and Judah, one of the tigers was killed.

HOW THE PARK HANDLED THE INCIDENT

Despite management saying that at no stage was any member of the public in any immediate danger on the day of the attack, visitors spoke out saying they were not only terrified but also disappointed in the manner the park handled the incident.

The park said management immediately closed the park and assisted members of the public who were near the tiger enclosures to safely gather their belongings and exit the park.

“Members of the public who were at the restaurant were kept there until it was safe for them to return to their vehicles and exit the park.”

But according to Andelene Visagie who visited the park with her sister and their children on Wednesday, the incident was handled chaotically.

ALSO READ: Tiger attack update: Terrified visitors told to run as fast as they can

“When we entered no details were taken, there is also no Covid screening done upon entering the premises. How will the park contact the visitors who might have left belongings, for refunds or even offer assistance for counseling?” she wanted to know.

She added that her children are very traumatised and ask to never visit another park with tigers.

The park has declined to comment on the allegation made.

NOT FIRST TIME FOR TIGER TO ATTACK SOMEONE AT THE PARK

Since the attack it has also come to light that it was not the first time that Jasper the Siberian tiger attacked someone at the park.

The tiger also attacked a volunteer recently while feeding him.

The park confirmed the attack but said the following:

“The so-called attack on a volunteer was due to the volunteer insisting on going in by adult Jasper as they had known him as a cub and were adamant that he would remember them.

“The volunteer was warned the tiger would not react positively and a previous employee nonetheless allowed the volunteer in.”

ALSO READ: Tiger attack latest: Not first time for tiger to attack someone

When asked if the volunteer was injured in the attack they responded by saying:

“Got a nail gash on the leg if I recall correctly and was definitely not life-threatening.”

According to the SABC the Eastern Cape Department of Environmental Affairs is investigating an incident to determine whether the tiger is to be euthanised. 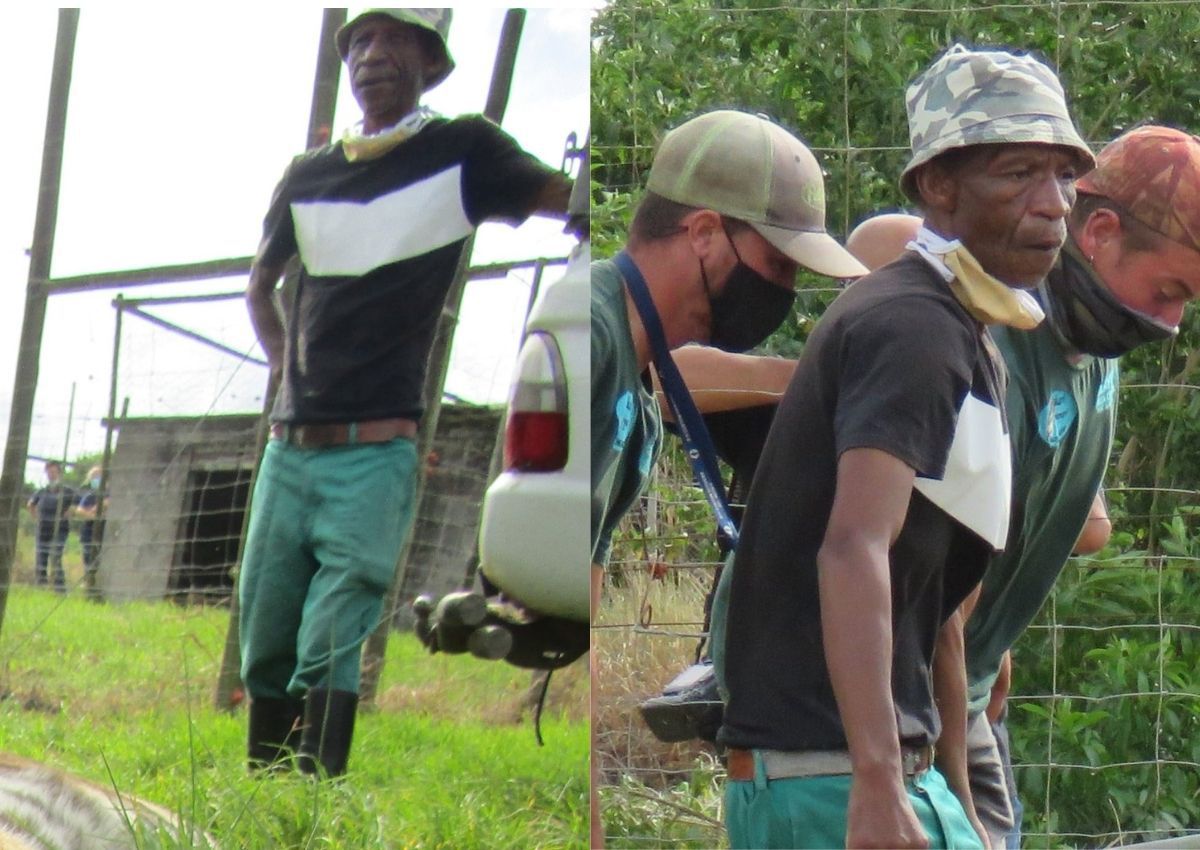