The drive up to Port Nolloth takes an enormous amount of effort. Nestled in the north-east of the country, it’s nearer Namibia than it is any other major city in Mzansi. However, those chasing the rainbow for a place off the beaten track may soon find a pot of gold at the end of their journey – as they head into extremes of the Northern Cape.

The isolated town, famous for its fishing and its minerals, is now the subject of a major revitalisation project – which is being overseen by the Department of Trade. The plan is to make Port Nolloth ‘a beehive of economic activity’, by reviving its ailing harbour and creating a whole raft of opportunities for those in the hospitality and tourism industries.

The implementation of the plan will take place in various local municipalities through a collaboration of the district leadership as well as the provincial and national governments. But, according to the Deputy Minister of Trade Nomalungelo Gina, PN is set to be the jewel in this newly-polished crown.

Following a two-day visit to the town, Gina explained that job creation and the betterment of small businesses in the region is central to her ministry’s plans, sharing the following statement with us on Tuesday:

“The Northern Cape coastal town of Port Nolloth has the potential to once again become a beehive of economic activities, if all stakeholders work together to implement the nine-point socio-economic development plan produced for the Namakwa District Municipality. The main objective is to change the lives of the people for the better.”

“As we revitalise the harbour and open up more opportunities for small-scale fisheries, more jobs will be created. The wealth of this area requires to be fully exploited in order ensure that small enterprises thrive.”

How will Port Nolloth be ‘rebuilt and redeveloped’?

The popular proposals have also gone down a storm with Mayor of the Richtersveld Local Municipality, Councillor Arthur Jansen. He says the time is right for Port Nolloth and its surrounding regions to ‘diversify its economy’.

“In the province, our District Development Model, which is focusing mainly in the Boegoebaai Port and the Port Nolloth Small Harbour, has got the potential to grow and create an inclusive economy. We are happy that our economy will diversify and we will see other sectors contributing to job creation and economic growth” | Arthur Jansen 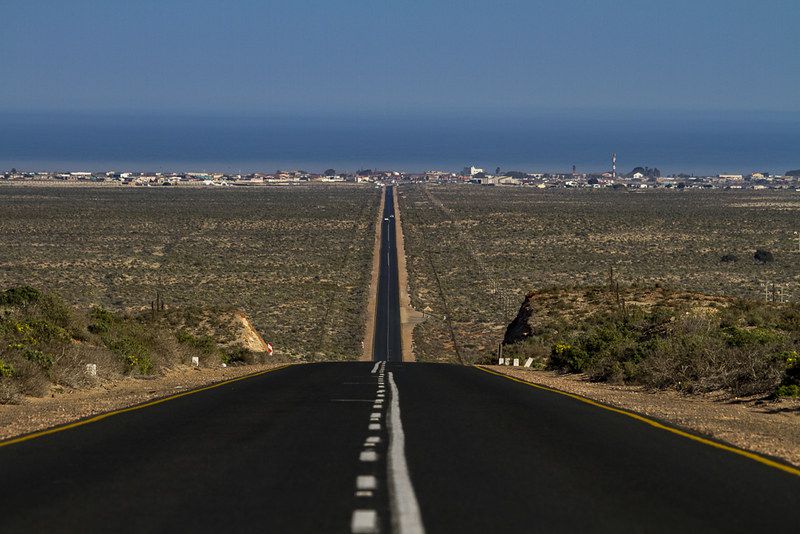 Nigerian Woman In US Sent Home From Work For Wearing Hijab
Nigerians React As Burna Boy Boasts About His Grammy Award
I Don’t Even Check Price Tag No More: Tiwa Savage Brags (Photo)
You Don’t Know Most Of Your Relatives Yet Because You Are Not Rich: Rapper Erigga
Ramaphosa on Sasco: ‘We must never have career student leaders’
Farmer attacked for second time in two months – by the same gang