It’s taken a while to show, but it seems there has been a ‘COVID-19 resurgence’ in three SA provinces this month – following the Easter break. Although a majority of regions came through the long weekend without any trouble, it’s believed that ‘cluster outbreaks’ are to blame for these localised spikes – and fears of a third wave are mounting.

The graph, shared by the CSIR’s Dr. Ridhwaan Suliman, shows that the Northern Cape is currently creating the biggest cause for concern. A sharp uptick has seen new cases in the province reach a three-month high – shooting up almost immediately after the Easter break had finished. Free State has followed an almost identical trajectory, too.

North West, although not in the same alert bracket as the other two aforementioned regions, is still giving us some red flags – and the rise in cases registered here has ‘failed to fall’ since the middle of the month.

Mkhize worried about a third wave ‘coming earlier than billed’

Zweli Mkhize told EWN earlier on Tuesday that the possibility of an ‘earlier surge’ – which would then usher in a third wave of COVID-19 – somewhat increases with these numbers. The Health Minister suggests complacency has crept in again, and he’s calling on South Africans to make a drastic change in their collective mindset – before it’s too late:

“These increases show that we’re still at risk and, therefore, we must keep using masks, social distancing more now than ever. The sense of complacency of people feeling that we’re fine and were without problems. We must remove that thinking because it is going to cause us an earlier surge, which we could’ve actually delayed.” 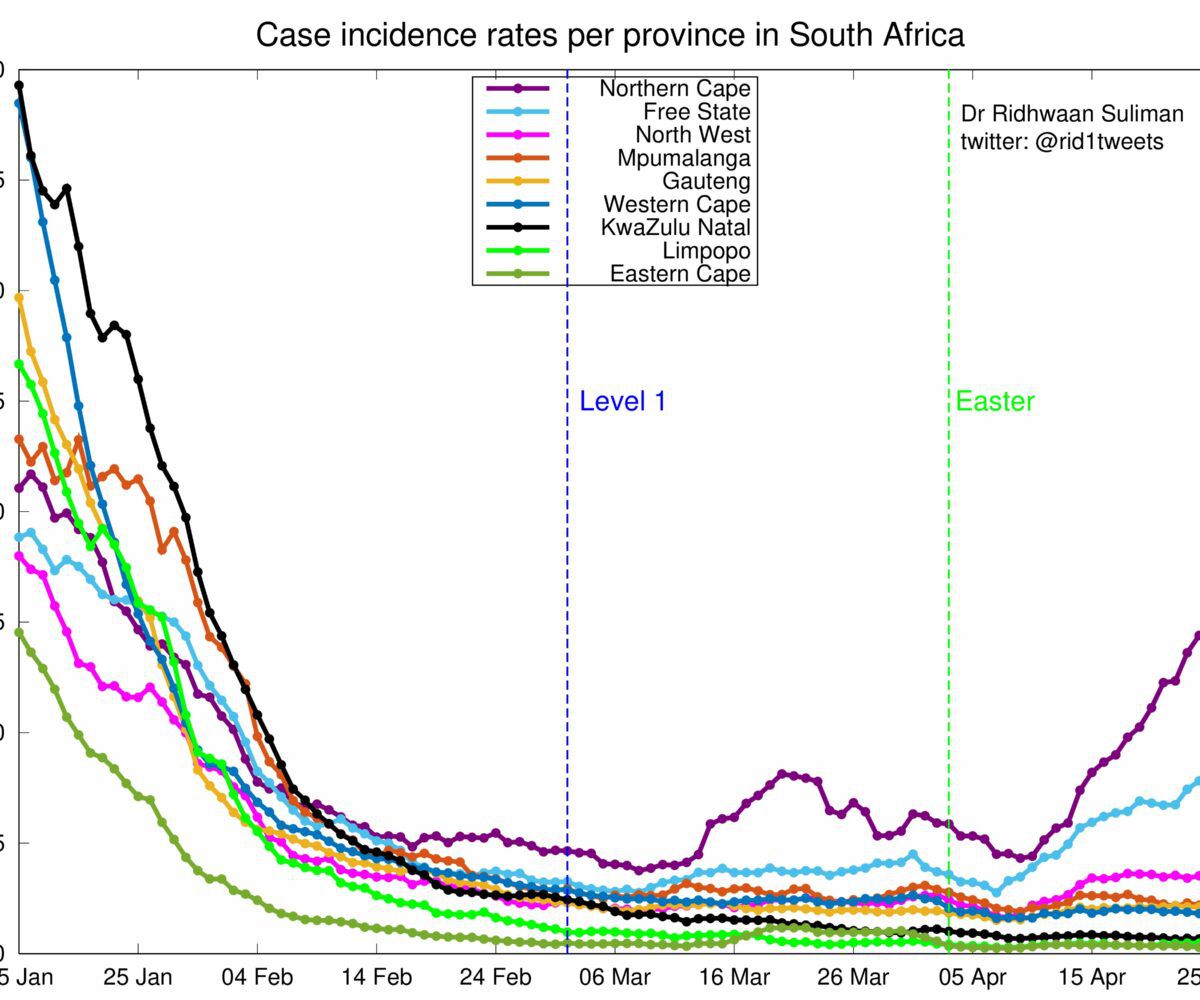