February turned out to be a welcome improvement on the sluggish start to the New Year, which was hampered by a return to more stringent lockdown regulations. The ban on sales of alcoholic beverages and closure of beaches came at the worst possible time for holiday makers and a tourism industry that remains in the doldrums.

Fortunately, most of these restrictions were lifted on 1 February, due mainly to a steady decline in the number of new Covid-19 infections and evidence of adequate capacity for trauma cases at most of the country’s hospitals. It came as no surprise, therefore, that Pres. Ramaphosa announced a return to Alert Level 1 on 28 February. This means that most of the remaining restrictions on economic activity have been removed.

By the end of February, the 7-day average for new Covid-19 cases had declined by more than 75% from a month earlier to reach its lowest level since the 2nd of
October last year. After some hiccups with the process of inoculation against the coronavirus, a start was made to vaccinate health sector workers. South Africa boasts one of the highest coronavirus recovery rates in the world, namely close to 95%. February was also national budget month in South Africa, with finance minister Tito Mboweni in a much more jovial mood than four months earlier, when the country was still reeling from the worst quarterly decline in economic output in modern history. A swifter and more pronounced recovery of most key economic sectors during the second half of 2020 predictably swelled the coffers at SA Revenue Services to such an extent that National Treasury suddenly had a lot more leeway with the public finances, including the bold step of lowering the corporate tax rate. With the rumoured wealth tax now out of the way and hopes rising that a third wave of Covid-19 infections may be avoided, the economy should be able to pick up a gear or two in the months ahead.

Compared to last year’s mini-budget, the 2021/22 budget was accompanied by much relief and clear signs that fiscal pressures caused by the Covid-19 pandemic will ease over the medium term. To a large extent, the overly conservative revenue estimates presented last year during the annual October update of the state of the country’s fiscal affairs were based on the dismal 2nd quarter GDP figures. Fortunately, however, a swift and pronounced economic recovery occurred during the 3rd quarter of 2020, which included a trade balance that was rapidly gearing up for what turned out to be the largest surplus in history. Higher economic growth translated into a huge revenue windfall, which meant that National Treasury’s lending requirement has been reduced by almost R100-billion – clearly the most significant feature of the February budget and one that was initially well-received by capital markets.

Concern over the size of the country’s public debt nevertheless lingers on. Although the latter is now above 90% of GDP, National Treasury has presented a viable plan to stabilise debt and start reducing it over the next three years.

One of the reasons for the prospect of a more stable fiscal situation is the on-going restructuring of state- owned enterprises (SoEs), with fiscal support by

National Treasury expected to virtually disappear by 2024.
Other highlights from the budget include the following:
• Government’s intentions to contain the public sector wage bill have been made clear, with a reduction of more than R144-billion over the medium-term expenditure framework (MTEF) period
• Personal income tax relief was provided to lower income earners, albeit marginal, and the corporate tax rate was lowered from 28% to 27%
• A clear shift in emphasis towards expenditure on economic development, with the latter recording the second-highest non-interest percentage increase over the 2021 budget

Despite the reintroduction of more stringent lockdown regulations late in December, the retail sector ended the year on a high note, with sales of R124-billion. Although this represented an all-time record in nominal terms, it was marginally lower than the comparable figure for 2019 in real terms.

The extent of the slump induced by the pandemic is aptly illustrated by the halving of retail trade sales from March to April 2020. The recovery, however, has been fast and furious, with December’s retail sales a full 170% higher than in April. Even the analysts at Moody’s, who are renowned for their pessimistic opinions on South Africa, have changed their outlook for the country’s retail sector from negative to stable.

Scrutiny of the latest data on retail trade sales published by Statistics SA reveals a profound shift in consumer preferences between the 3rd and 4th quarters of 2020, with the categories for specialised food & beverages and clothing & textiles outperforming other retailers by a considerable margin.

In 2020, inflation, as measured by the consumer price index (CPI), dropped to its lowest level in 14 years, namely 3.3%. The low and stable trend for the CPI
has continued into the New Year, with January’s CPI recording a level of 3.2%.

During January, food prices increased at a faster rate than the overall rate of inflation, which was in line with the continued rise in global commodity prices. Education and insurance were the only two other consumption expenditure groups that recorded rates of increase above the CPI.

Low inflation has enhanced the prospects for a credit-led boost to the on-going economic recovery in 2021. With aggregate demand in the economy still below par, the CPI is bound to remain close to the bottom of the Reserve Bank’s inflation target range of 3% to 6%.

Ford Motor Company has announced its largest ever investment in South Africa, namely the expansion of its manufacturing operations in Silverton (Pretoria),
as well as a new chassis line in the Tshwane Automotive Special Economic Zone (SEZ), valued at R15.8-billion.

The announcement was made at a media briefing attended by Pres. Cyril Ramaphosa and the Minister of Trade, Industry and Competition, Ebrahim Patel.
The recent creation of this SEZ played a key role in the decision by Ford to embark on such an ambitious investment.

One of the intentions of the upgrade is to expand the production of Ford Ranger pickups (widely referred to as bakkies) from 168,000 units per annum to 200,000 units. Ford South Africa is one of four global sites that produce the Ranger and the company intends to export them to more than 100 countries in Europe, the rest of Africa and Mexico. In addition to the 1,200 new jobs that will be created at Ford SA, an estimated 10,000 new employment opportunities will be created within the supplier network.

Note on the real value of the rand: The real effective exchange rate (REER) of the rand is based on the trade-weighted average exchange rate against the country’s 20 largest trading partners, adjusted for inflation differentials. It is calculated as an index, with 2010 equal to 100. By coincidence, the REER was also valued at 100 at the starting date of the period under review (1987).

During February, capital market news was dominated by the significant rise in the yield on 10-year US bonds. Towards the end of the month, the yield had increased to 1.54%, but it retraced by 8 basis points to end the month on 1.46%.

Although this yield remains paltry compared to some of the long-term yields on offer by emerging markets, it still represents an increase from the yield at the end of
December of close to 60%.

Consensus exists amongst currency analysts over the support that rising US Treasury yields have provided to the American currency. It remains to be seen, however, whether the dollar’s latest upside trend will be sustainable, due to uncertainty over the impact of US Pres. Joe Biden’s new economic stimulus package and the potential positive impact on emerging market currencies of the upswing in the commodity price cycle.

On 27 February, the US House of Representatives approved fiscal assistance valued at $1.9-trillion to unemployed Americans and people struggling to cope with
the effects of the pandemic.

According to Jeffrey Halley, a senior market analyst at Oanda, a further recovery of private consumption expenditure in the US could see US dollar strength accelerate more broadly, but the greenback retreated somewhat after the news of the provisional approval of the stimulus package. Most Asian currencies remain resolute, thanks, inter alia, to China’s policy of keeping the yuan firm.

The rand fared quite well against the US dollar during February and had gained almost 5% up to the middle of the month. However, most of this gain was wiped out in the last week of February, a fate that also befell most other emerging market currencies.

Much of the market analytics on the likely future trend for the rand is currently centred on a level of between R14.50 and R15.00 to the US dollar. With South Africa’s 2021/2022 budget having been well received by the capital markets and the further relaxation of lockdown regulations from 1 March onwards, the rand may soon move to a stronger resistance level.

If you need to make an international payment and want to make your funds go further, get in touch with the team at Currencies Direct and have a chat about your requirements. Email infosa@currenciesdirect.com or call +27 (0) 21 418 0105. Currencies Direct have been providing market-leading currency transfer services since 1996 and employ over 500 currency experts. 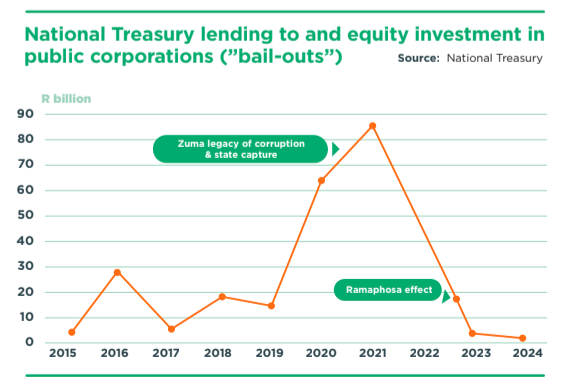