The American rapper had surprised her husband for his 28th birthday by giving him half-a-million dollars so Tacha decided to remind her boyfriend, King Ladi about her upcoming birthday.

Cardi B caused a social media meltdown after she shared a video in which she opened the refrigerator to reveal $500,000 in cold hard cash waiting for her man.

Her husband, Offset was stunned as he grabbed the money saying, “You don’t gotta give me this money.”

This post seemed to have touched a plethora of social media users including popular reality star and Queen of Clout, who tagged her boyfriend to the post, with the words, “it’s 23rd.”

Read Also: Cardi B Films Unclad Strippers Dancing For Her Husband In A Club (Photos) 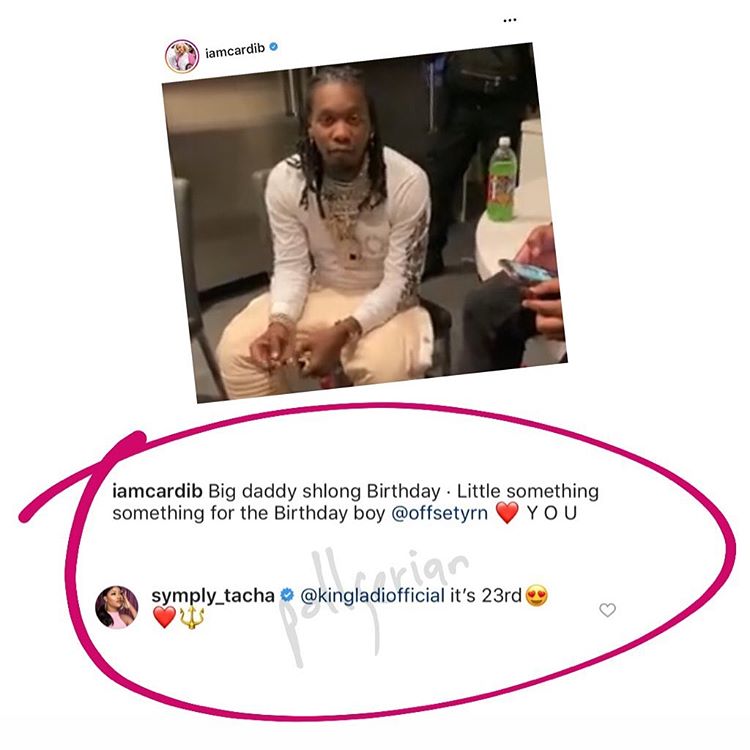 The post Tacha Reacts As Cardi B Gifts Her Husband $500k For His Birthday appeared first on Information Nigeria.