Detectives from Durban North SAPS are seeking the assistance of the public in tracing Strini Chetty, a person of interest wanted in connection with a double murder in Umhlanga Rocks, KwaZulu-Natal.

Double murder in KZN: Here’s what we know

A reward of R50 000 was also offered by the brother of one of the victims for information that may lead to an arrest in a drive-by shooting that claimed the lives of a man and woman at the intersection of Umhlanga Rocks and Keynsham drives.

KwaZulu-Natal’s police spokesperson Colonel Thembeka Mbhele called on the public to assist with locating Chetty, also known as Micolan, “as Durban North police believe he could be of assistance in their investigation”.

“Chetty is believed to have gone missing since the shooting that claimed the lives of Bilquees Hussain and Bradley Hiralal”.

Mbhele said two black BMWs approached the traffic lights at the intersection [at 13:00 on 28 December 2019] and the “driver of the BMW in the rear began to shoot at the occupants in the BMW in front of him”.

“On Saturday, 28 December 2019 at 13:00, two black BMW vehicles were travelling along Umhlanga Rocks Drive. As the vehicles approached the traffic lights at the intersection of Umhlanga Rocks Drive and Keynsham Drive, the driver of the rear BMW began to shoot at the occupants in the BMW that was in front”.

“He was rushed to hospital where he died of his injuries. Charges of murder were opened at Durban North SAPS and are currently under investigation”.

Chetty, who had been on the run since the incident, was wanted in connection with the deaths of Bradley Hiralall and Bilquees Hussain. He is in his thirties, approximately 1.78m tall with a medium built and short hair.

“Anyone who can assist the police with the investigation is requested to contact Captain R Balram on 083 783 6007, or Brigadier MM Khumalo on 082 556 8642, or Crime Stop on 08600 10111. Callers may remain anonymous and all information will be treated in the strictest of confidence”. 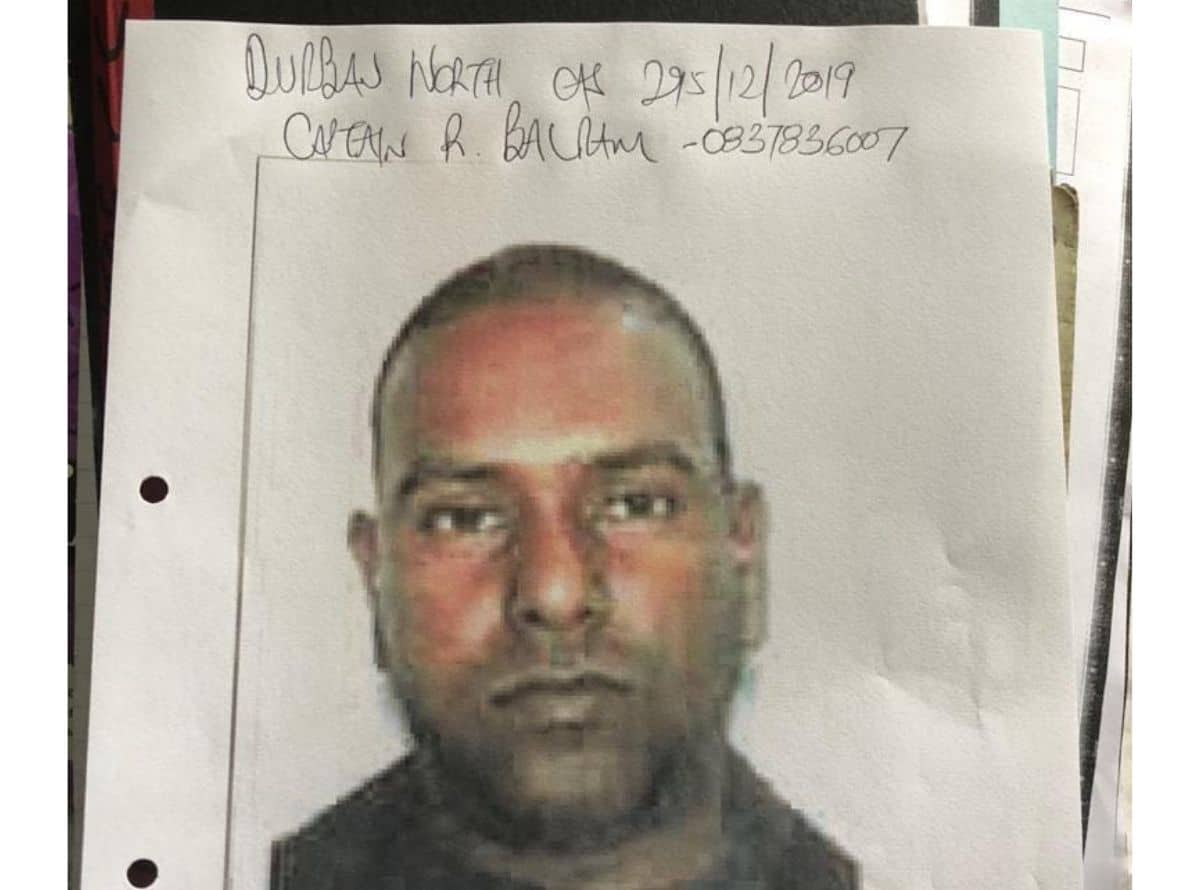 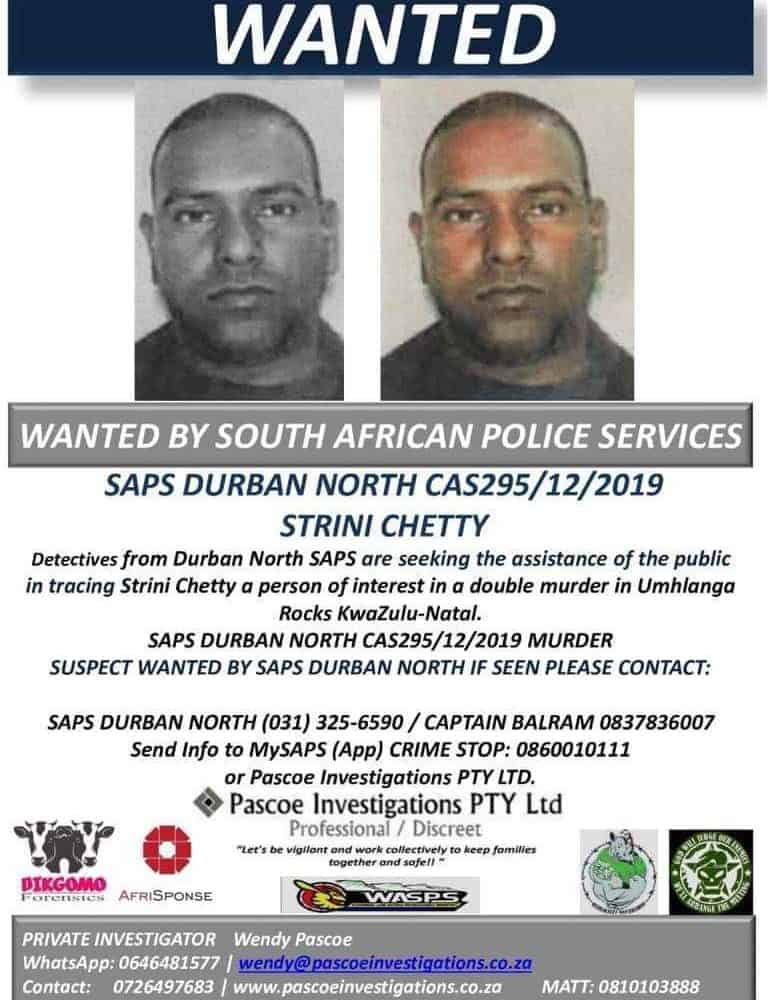 Buhari Is Not Who We Think He Is – Wizkid’s First Son, Boluwatife
Two suspects remanded in custody for kidnapping of infant
Test your knowledge with The South African Weekly News Quiz No 7
Watch: 25 suspects arrested on Monday as Cape Town protests persist
Shepherd Bushiri stays in jail: Will the pastor be deported from SA?
Impacts of climate change manifesting in Johannesburg