The beaches along the South Coast have been a hive of activity as sardines have been netted almost every day for the past two to three weeks.

A 207KG SHARK WAS CAUGHT ON SATURDAY AT THE PUMULA BEACH

” I caught the Dusky shark at Pumula beach on the lower south coast of KwaZulu-Natal.

According to David, there were many shoals of sardine throughout the whole South Coastline on Saturday.

THERE WERE A FEW NETS PULLED IN

“The majority of these shoals were too far out for the netters to reach. There were a few nets pulled in at Durban central.”

David said the Dusky shark he caught measured in at a length of 240cm which then converted to a weight of 207.6kg.

He added that the shark was safely released.

“I have caught many sharks over the years. This Dusky shark is my 3rd shark for the 2021 sardine run. I caught two spinner sharks before this. One of around 94kgs and another of 85kgs.”

ALSO READ: Sardine Run Watch: The silvery fish are here and it’s going to be a big run

David said he loves fishing with his father, brother, and grandfather.

“I live in Amanzimtoti, but I try to travel to places where there is a lot of sardine action as they are where most of the sharks generally are.”

He furthermore said this year’s sardine run has truly been amazing.

“Where every day has seen some sort of excitement whether it be the shark action and even the sardine action. The amount of sardines that have come through has been through the roof.

“It is really awesome to see how happy and joyful everyone is on the beach especially through these daunting times. It is amazing seeing families go out and take a break and just have a good time.”

According to a resident, this was the first time that they have seen so many sardines. 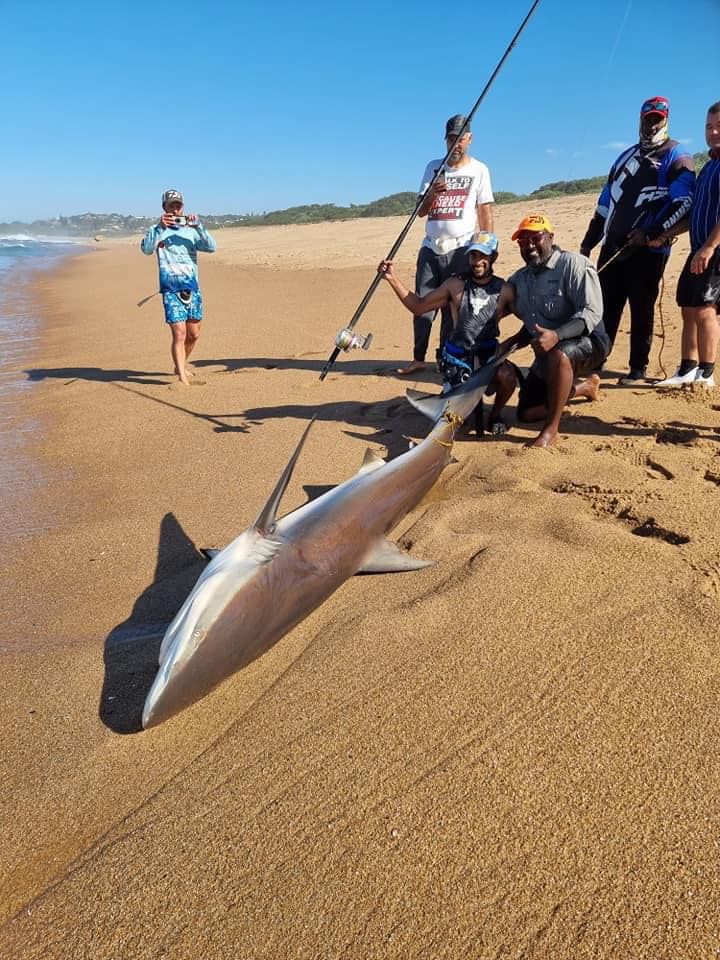 On This Day: What happened on 07 May?
SONA 2020: EFF gun for De Klerk’s removal from the word go
BBNaija: ‘I Think I Have A Girlfriend Outside’ – Laycon Reveals (Video)
State of Disaster laws expire on Thursday – as calls to ‘end lockdown’ intensify
Lightning bolt kills over 1 000 chickens in Zimbabwe amid severe weather
Alcohol ban: Liquor industry asks the question of proportionality