At some point in her life, Jocelyn Wildenstein was a prominent New York-based socialite, rubbing shoulders with prominent and influential figures, including the Trump family.

In 1999, Wildenstein scored one of the most lucrative divorce settlements in history, when she officially left her husband, billionaire art dealer Alec Wildenstein. She received $2.5 billion from Wildenstein – and an additional $100 million each year for the following 13 years.

More than two decades later, one would think the former Mrs Wildenstein would still be living pretty comfortably, but that wouldn’t even be close to the truth. Thanks to years of reckless spending, she is now broke – so insolvent that she lives off of government support.

“I am not employed and my only income is Social Security. I often turn to friends and family in order to pay my ongoing expenses,” she said in an affidavit.

Wildenstein filed for bankrupcy in 2018 and apparently owes millions to lawyers and a bunch of creditors.

Jocelyn Wildenstein and her wild spending

She has however denied that her financial troubles were a result of overspending –  but rather problems with the trust she got in her divorce. In an interview with The New York Post, Wildenstein claimed that her trust was “guaranteed” by a Diego Velázquez painting that turned out to be a forgery, as well as a Cézanne artwork that was valued at less than expected.

Something else Jocelyn Wildenstein is alleged to have spent her money on was plastic surgery (she denies this, but the proof is clearly visible). She is said to have had multiple procedures, which seem to account for her feline features, earning her the nickname “cat woman”.

Wildenstein insists her face just looks the way it does because of her Swiss heritage. 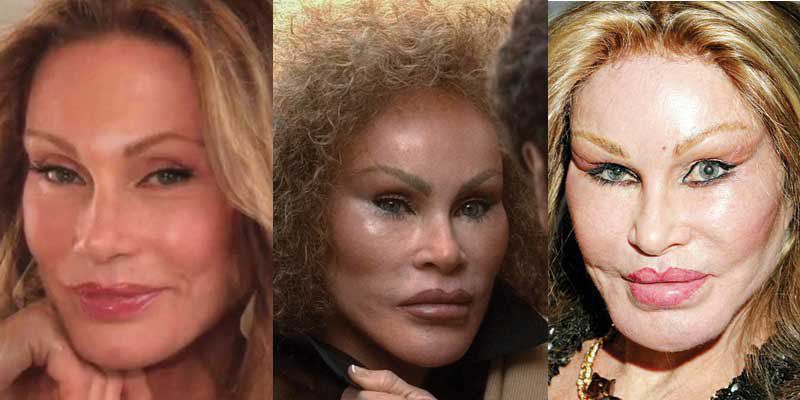