Police recently recovered a looted casket in the Ezinqoleni area in KwaZulu-Natal during house raiding.

OVER 200 SHOPPING CENTRES WERE LOOTED AND DAMAGED

Members of the police and the South African National Defence Force (SANDF) have been out in full force recovering looted items in KZN and Gauteng since the violent riots and lootings that gripped the country last week.

On Wednesday, a husband and wife were arrested in Katlehong for the unlawful possession of suspected stolen groceries.

“While police were busy searching the house, the woman’s husband arrived.

“He tried to bribe the police with an undisclosed amount of money to release his wife. Subsequently police arrested him for bribery.”

Police said the couple was arrested and detained at Katlehong Police Station.

ALSO READ: No fitting of tyres without proof of purchase after looting

Acting Minister in the Presidency Khumbudzo Ntshavheni briefed the media on Tuesday on the government’s intervention to rebuild the economy.

According to data provided by SAPOA, 161 malls, 11 warehouses, and eight factories were affected, and 161 liquor outlets and distributors were damaged, and it doesn’t stop there, Ntshavheni says over 200 shopping centres were looted and damaged.

“Over 100 malls were burnt or had significant fire damage and approximately 300 stores were looted. In KZN alone, it is estimated that stock to the value of R1.5 billion has been lost,” she said.

Ntshavheni went on to say that 1 400 ATMs were damaged, 300 banks and Post Office outlets were vandalised, and 90 pharmacies were damaged.

The estimated loss for the KZN GDP is in a whopping R20 billion region, while the impact on the national GDP stands at R50 billion.

“SAPOA will later in the week collate data on the cost of damage in Gauteng. However, SASRIA will conduct an assessment on the full extent of the damage,” she said. 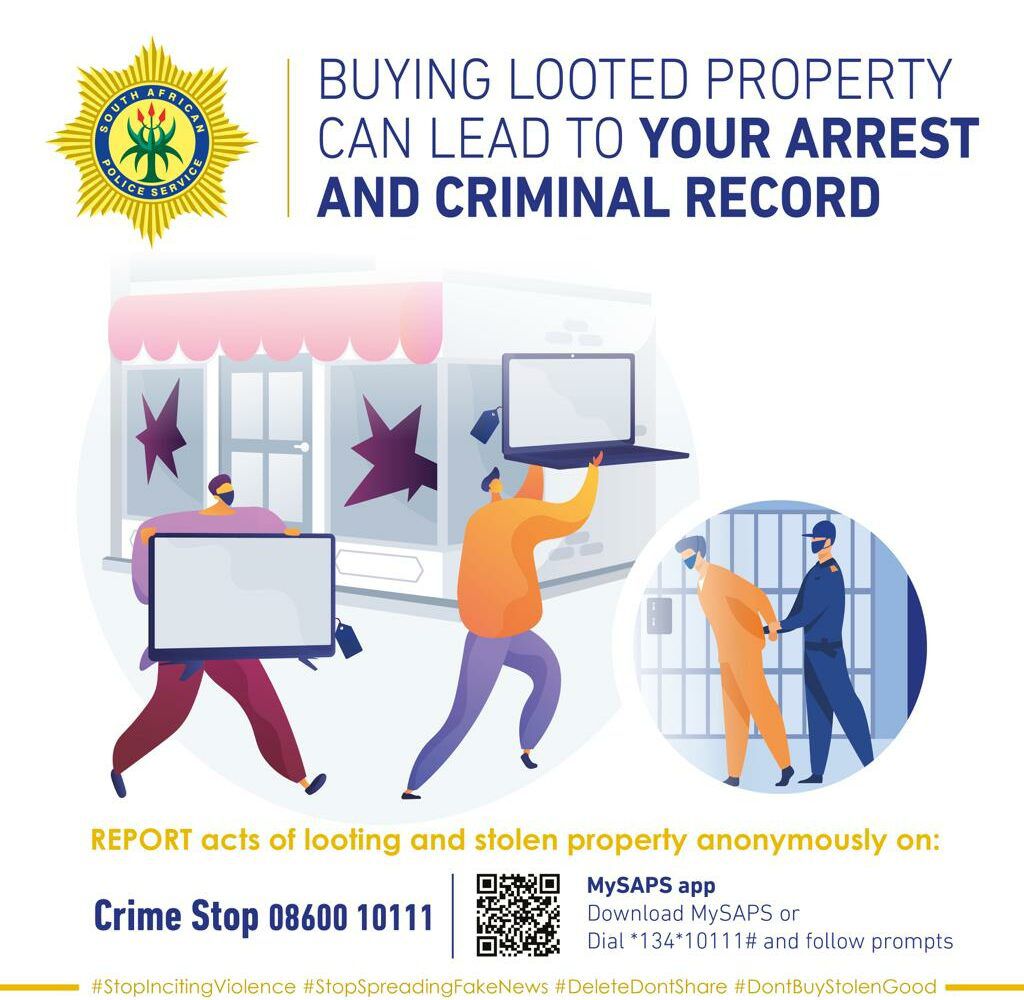