KZN MEC for Cooperative Governance and Traditional Affairs (CoGTA) Sipho Hlomuka, together with KZN MEC for Social Development Nonhlanhla Khoza, have called for calm in the Ugu district where protesters barricaded roads, including the N2 freeway during a violent public protest.

Protests in the Ugu district started on Tuesday morning. The angry protesters blocked the N2 at Izingolweni between Hibberdene and Port Shepstone with burning tyres and rubble from around 4.30am. They also allegedly set several trucks alight on the N2 freeway on Tuesday afternoon.

From Wednesday morning, the two MECs met with protesters from uMzumbe, Ray Nkonyeni and Ezinqolweni residents, to engage and find peaceful ways to address public concerns over access to basic services. Since Tuesday, the district has seen violent protests, with residents barricading major routes, such as the N2 freeway between Port Shepstone and Durban, the N2 between Port Shepstone and the Eastern Cape and the R102 in Hibberdene.

The MECs have condemned the violence which saw trucks being burned, public infrastructure damaged and shops looted.

KZN MEC for Transport, Community Safety and Liaison, Peggy Nkonyeni on Tuesday called on police to act swiftly and arrest the suspects who burnt trucks on the N2 freeway for arson and public violence.

According to KZN CoGTA spokesperson, Senzelwe Mzila, in the engagement with the protesters, the MECs called upon communities to desist from damaging public infrastructure and infringing on the rights of other residents who did not wish to protest.

“Emanating from the engagements with residents, a special team consisting of the aggrieved community members will now engage directly with the Provincial Government and the Ugu district family of municipalities regarding their needs. A second meeting will be convened on Tuesday 30 March 2021, where a way forward will be provided. In the meantime, the MECs will galvanise additional resources to address the challenges faced by these communities,” Mzila said 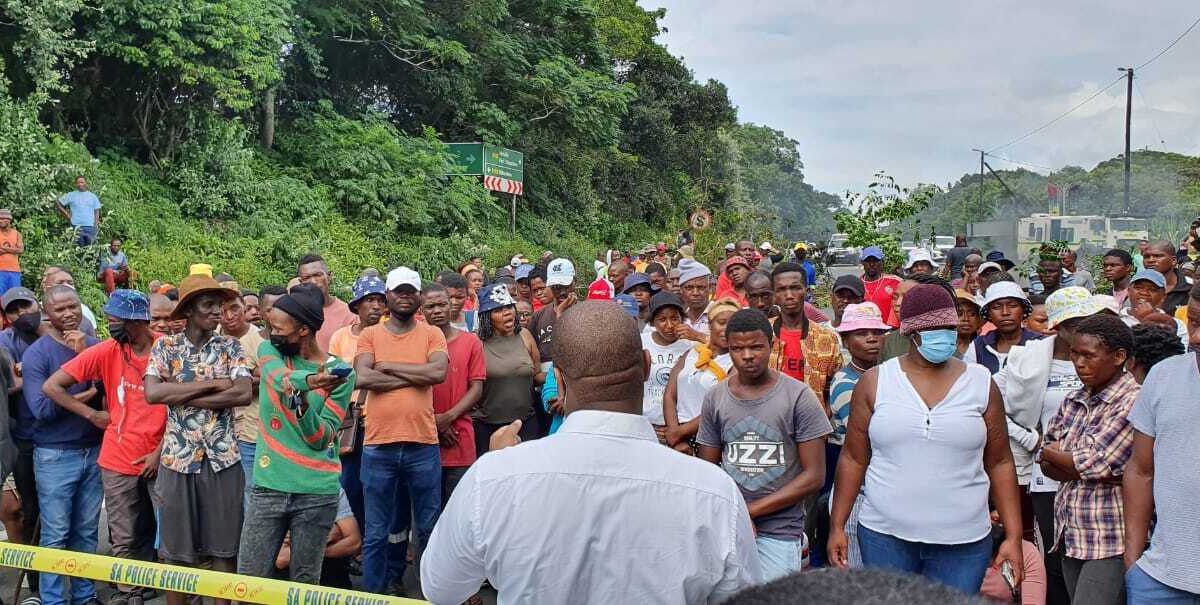 Second wave of COVID-19 cases sees WC roll out antigen testing
Sumbo Adeoye And Husband Expecting Their Second Child Together
On This Day: What happened on 16 November?
Family of four allegedly shot dead by two gunmen in Browns Farm Nyanga
Speed Darlington Shares Video Of Tacha Dancing To His Song
When You Do Business With Your Soulmate, Everything Becomes Easy – Toyin Lawani