Stellenbosch University has found itself at the centre of a ‘language storm’ this week, after a group of students claimed they were told to ‘stop speaking Afrikaans’ within their own residencies. The alleged gagging order sparked a political backlash, and DA leader John Steenhuisen has jumped head-first into the controversy.

According to the veteran public figure, the university is guilty of suppressing the rights of all Afrikaans speakers. Officials at the Stellenbosch institution have denied making any request for students to stop speaking in their mother tongues, but that hasn’t prevented Steenhuisen from conducting an oversight visit to the campus on Wednesday. He told the media:

“This is a battle that has been raging in the lecture halls, but it has spilled over into the residencies. It is a major suppression of the rights for Afrikaans speakers. Just listening to some of the stories, about the intimidation and pressure faced by some to speak English, makes us feel that this whole situation is entirely unfair.”

But is there really a ‘battle’ to suppress Afrikaans? The DA believes it is a language under threat – so can we find any evidence to suggest that this dialect is on its way out? Ethnologue, one of the leading academic resources for world languages, recently updated its information reserves – and the data on Afrikaans certainly makes for a fascinating read.

Is Afrikaans an endangered language?

According to the experts, a total of seven languages in South Africa can be classed as ‘endangered’. However, Afrikaans is noticeably missing from this list. The dialects in trouble of falling out of favour for good include local, little-known language sets. Efforts to save these cultural tongues are already well underway…

How many people speak Afrikaans?

Not only has the usage of Afrikaans been declared ‘large’ – due to the fact that over 1 000 000 active users of the language are still using their mother tongue – but Ethnologue class it as ‘institutional’ – meaning that this language has been developed to the point where it is ‘used and sustained by institutions beyond the home and community’.

Despite having upwards of 15 million speakers across the planet, Ethnologue says the number of Afrikaans speakers is *dwindling*. That doesn’t mean the language is going extinct, and experts aren’t necessarily concerned about it becoming ‘endangered’ any time soon – even if some institutions are turning their backs on Afrikaans as a language of instruction.

Furthermore, despite a rich cultural history, the appeal of learning Afrikaans for non-native speakers is decreasing as well. This, along with developments at Stellenbosch University this week, will remain a troubling sign for the traditionalists – who are already highly concerned by decisions to drop Afrikaans classes at UNISA and Tuks respectively. 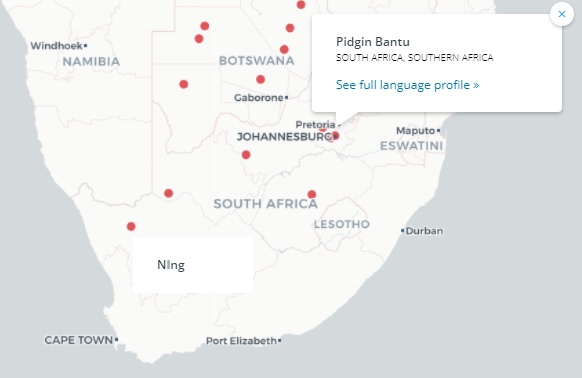 School calendar: This is how the 2020 academic year will proceed
Actress Uche Ogbodo Calls Inem Peter A Lesbian For Saying ‘Women Are Much Happier Without Men’
“I Am A Proud Bisexual Girl” – Princess Shyngle Reminds Her Fans (Video)
Just In: Angelo Agrizzi moved to private hospital after his condition worsens
EFF reject Jerusalema, call for ‘ban on Die Stem’ in Heritage Day message
BBNaija’s Diane Russet Steps Out In Lovely Purple Gown