A Nigerian man, Ejike Ofoegbu took to his Facebook page to share his scary encounter with a strange man he met at the restroom of a bank.

Ofoegbu started off stating that he never believed that dead men could still roam the earth until he witnessed it.

“I never believed dead men work again until what I saw today made me to believe so, I have never encounter spirit until today.

I walked in to my bank to fix the issues am having with my bank, I won’t say the name of the bank to avert unnecessary conflict.

When I walked in, there were many people in the bank, so I waited for my turn to reach, along the long wait, I decided to use their toilet, as I was about to walk into the toilet, I saw a man who walked pass me, he walked into the toilet before me, so I stayed in front of the door waiting for him.

for good five minutes this man is still in the toilet, to make case more scary for me, the man was standing, which means he wasn’t really going to toilet. I knocked in the door again “ gbom!! gbom!!! Sir please am still waiting for you” I said, he then closed the toilet door completely, and that was were the demonic power came in, the sound I was hearing before all stop, I stand there for more 10 minutes, I decided to open the door gently, until the door was widely open, the man was nowhere to be found, to my surprise, the water sink tap was running, the power bank I saw him enter with was there, but no trace of the man.

I met the security, I told him what just happened, he was shocked, he told me, did I really saw that, he now also explained to me, that their night duty security always said that a man always Enter that toilet at night, he wanted to took me to their manager, I refused.

With my investigations, I later learned that in 2017 February a man died in that bank, he was requesting for his money sized by the bank, when the bank told him that his money has been fortified by the government, he collapsed and died in the bank instantly

With so much scared in my heart, I rushed home, I unlocked the door, but the door didn’t open, I felt like someone was holding it from inside, I asked myself what was happening, because I didn’t get all this drama, I heard a voice from inside that said, “ never tell anyone what you saw or happened today” I rushed to call my friend, when we rushed back, the door is already opened.

Right now am on my way to Lagos till am I get myself, because I feel like am in the under world now” 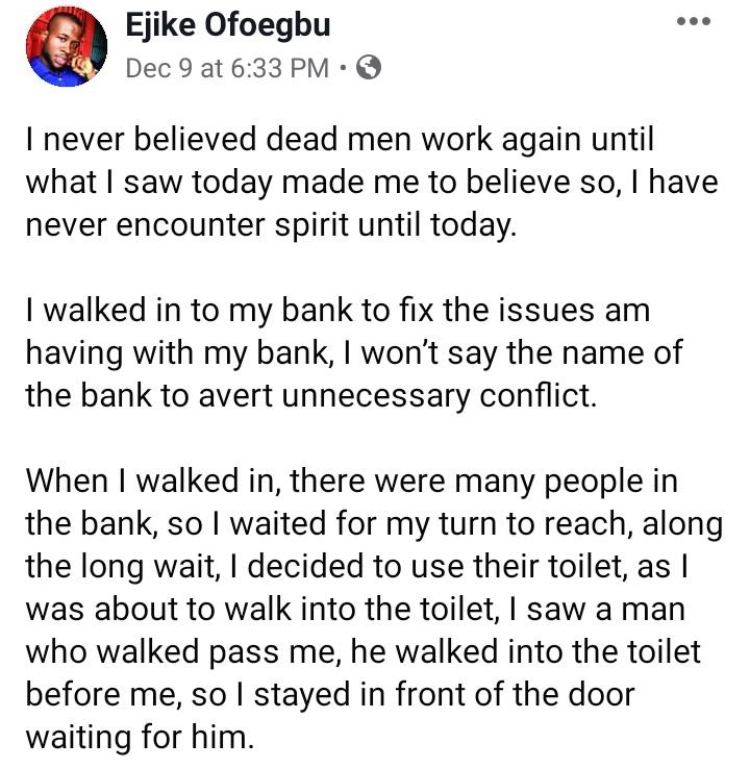 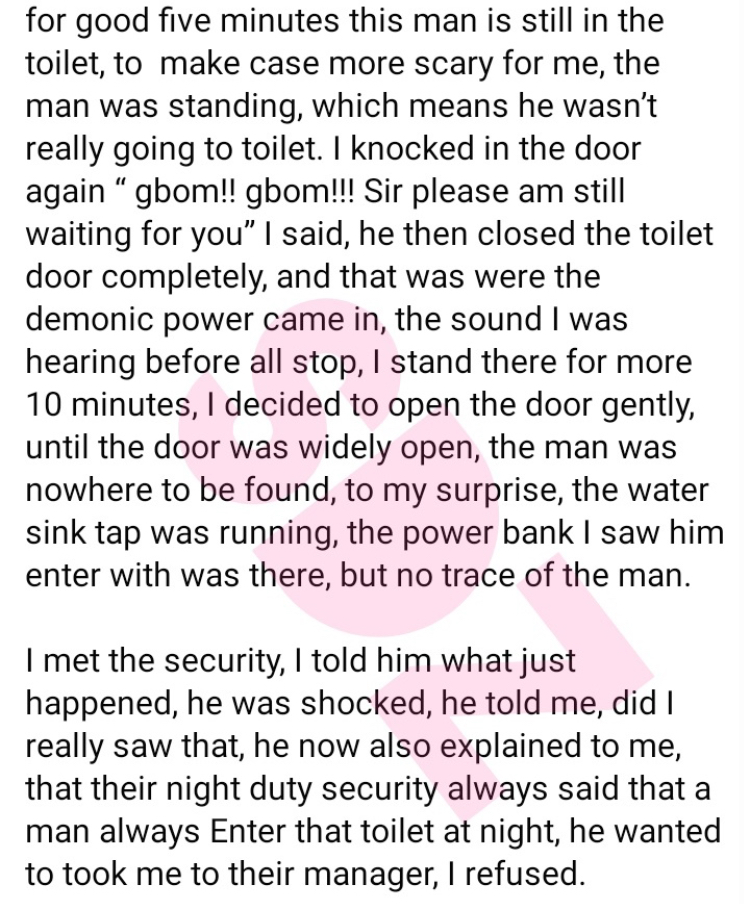 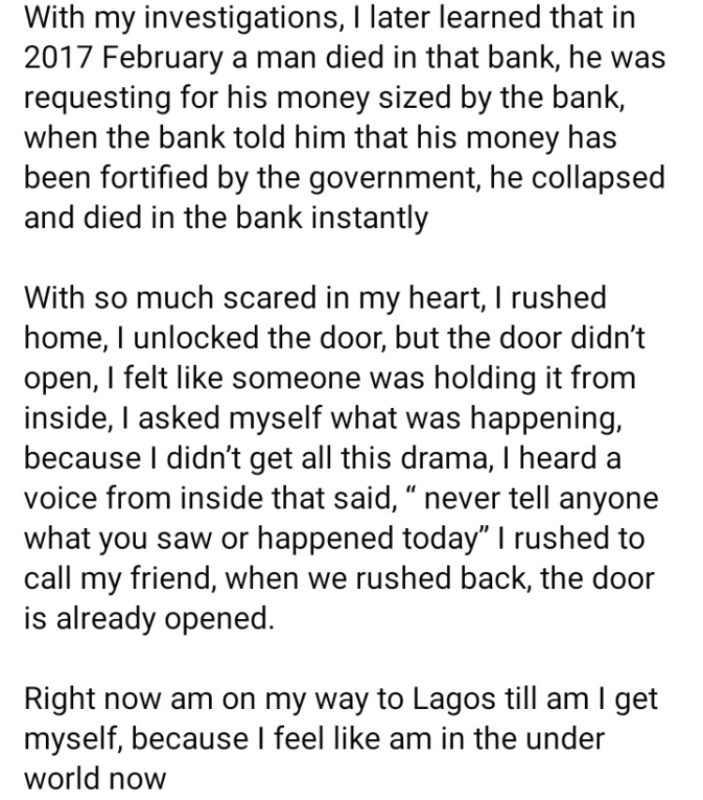