SAPS are asking ordinary citizens for their help today, as law enforcement officials attempt to find out new information about some of their ‘most wanted’ suspects. For these cases, public contributions are necessary to help secure justice:

Who is on this so-called ‘SAPS most wanted’ list?

Crimes of rape, murder, and housebreaking all feature on the nefarious list, with several charges of theft also present. The men have so far been able to evade capture, but SAPS are now hopeful that this ‘naming and shaming’ approach will speed-up the process of nabbing the ‘terrible ten’. The names and associated crimes of the suspects are as follows:

What happens from here?

Should you have any information relating to these men, or the crimes they have committed, you are encouraged to contact the SAPS crime stop number featured in the image, or one of the six investigating officers assigned to their cases.

All calls will be treated with the utmost confidentiality, and you can remain anonymous throughout the whole process. SAPS are pleading with the public to provide ‘urgent assistance’, as they bid to catch those on South Africa’s unofficial ‘most wanted’ list. The police service also Tweeted about the matter on Monday: 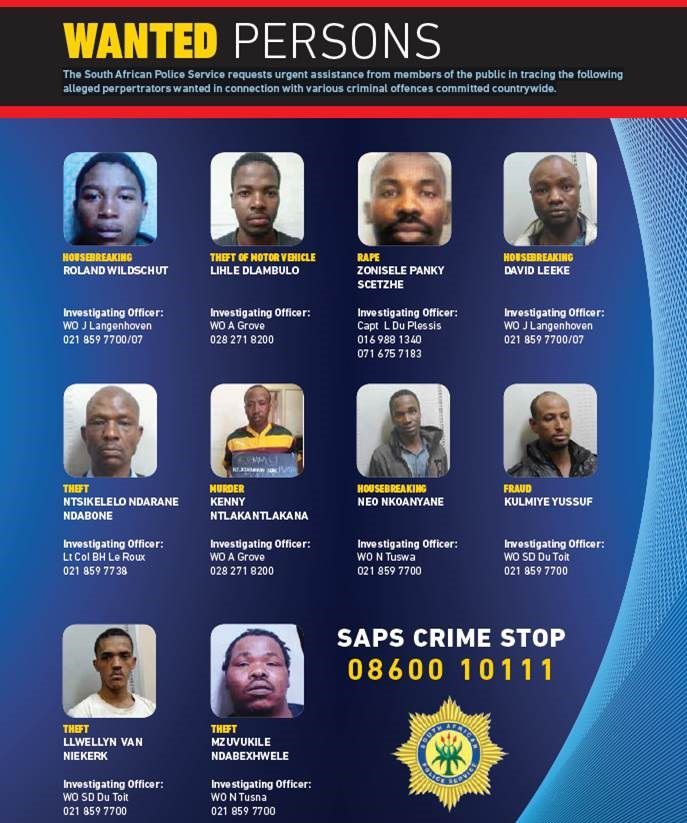