The KwaDabeka community in Durban has been left in total disbelief and horror on Thursday, after the body of a young woman was found mutilated by the roadside near Pinetown. The grim discovery was made earlier this morning – and it became apparent that the victim had been ‘cut in half’ by her assailant, before she was disposed of in separate bin bags.

KwaDabeka discovery: Woman found ‘cut in half’ by Durban roadside

The sickening crime has forced an immediate police response, with SAPS spokesperson Colonel Thembeka Mbele confirming that a murder investigation has already been launched. The discovery on Khulula Drive may be linked to the case of a woman who went missing from the KwaDabeka community over the weekend.

Sources on the ground believe that the victim’s boyfriend is responsible for her death, however, police are not drawing that conclusion just yet. One local resident expressed her fear, stating that ‘mothers and sisters are still not safe‘ from GBV.

Several passers-by noticed the oddly-shaped binbags when they walked near them. After a group wandered over for a closer look, they were left repulsed by the contests inside. The horrific circumstances behind this killing already have the local police force under pressure – as officers continue to trace the leads they have so far. 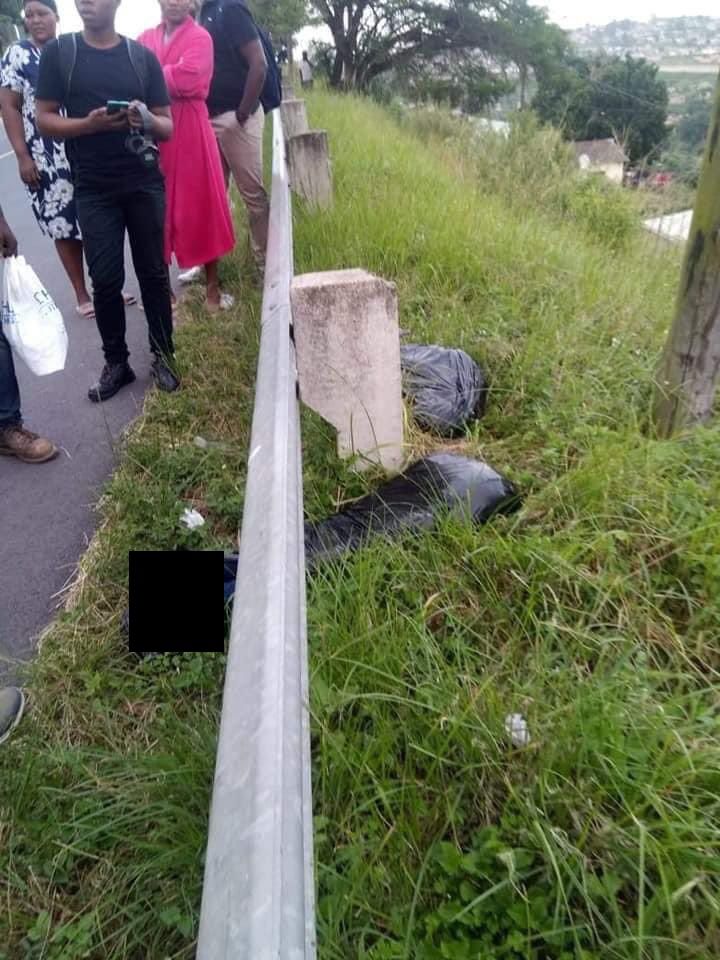 Burna Boy Creates Petition To Implement Sanctions Against Nigerian Government
What lies ahead: SA should be optimistic about the economy in 2021
Gordhan reveals plan for SAA employees facing retrenchment
Nigerian Woman In US Sent Home From Work For Wearing Hijab
Years to dismantle lockdown-induced booze and tobacco criminal gangs
New BEE proposals may force millions of South Africans ‘to relocate’ – here’s why