“It is alleged that on last week on Friday at approximately 23:55 at NU 2, Motherwell the driver of a courier truck was on route to East London when he was forced to stop when a bakkie overtook him and stopped in front of him.”

“He was confronted by five armed suspects who instructed him not to resist. They drove the truck towards Swartkops River where they dropped the driver off.”

Janse Van Rensburg said a case of hijacking was reported and during the investigation members from Gqerberha Flying Squad were tasked to follow up on information.

On Wednesday at approximately 2:00 information led the members to Marine Drive, Summerstrand where they noticed four suspicious vehicles at the beach braai area.

“As the members approached the vehicles one Quantum minibus managed to speed away, however three vehicles, a Toyota Corolla, Toyota Hilux, and a Mazda 323 were blocked in.”

Police officers managed to arrest five suspects aged between 32 and 47.

“During the search of the vehicles, police recovered a cell phone signal jammer, a chrome licensed 9mm firearm with one magazine and ammunition, and various types of medical supplies with an estimated value or R700 000.”

She said the three vehicles were confiscated and impounded for further investigation.

“Although the suspects have been found in possession of the stolen goods, further investigation is still being conducted to establish possible links to the hijacking of the courier truck.”

Janse van Rensburg said the alleged hijackers were charged for possession of the suspected stolen property and would appear in the Gqeberha Magistrate’s Court on Friday.

“The effective coordination of accurate information and swift intervention was instrumental in the arrests and recovery of the stolen goods. All those involved are commended for the breakthrough and the step closer for SAPS to combat and prevent further hijackings in the city,” said Acting District Commissioner, Brigadier Thandiswa Kupiso.

ALSO READ: SA’s top hijacking hot-spot has nearly TWICE as many cases as anywhere else 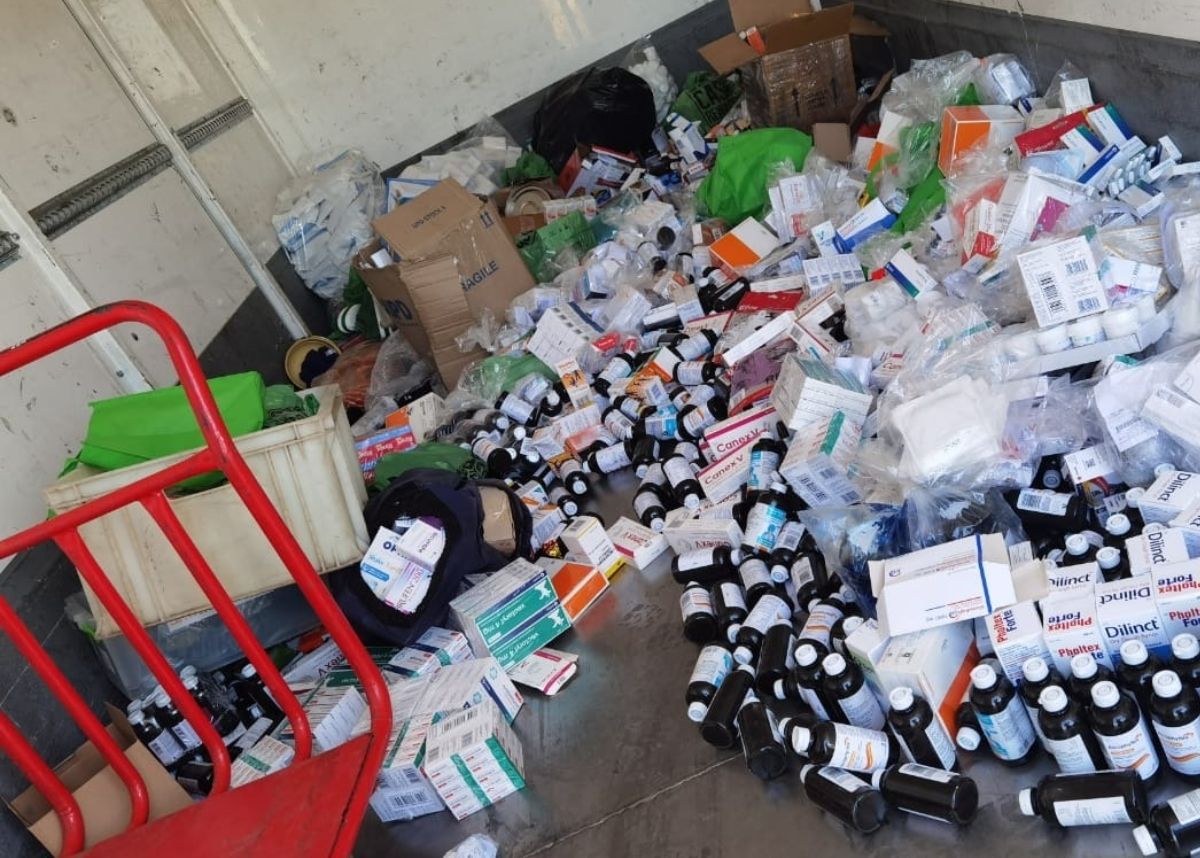 Malema: ‘Axing Magashule is a big mistake, but it works for the EFF’
Actress Uche Jombo Calls Out Nigerians Who Brag About Not Watching Nollywood Movies
‘Money Is Not Everything In Life’ – Actor Yul Edochie
Mercy Eke Gives Update About Her BBNaija Prize Money (Photo)
Fans React As Photo Of Erica Selling Fish Surfaces Online
‘A Child Is Meant To Be Greater Than His Master’ – Cubana Chief Priest Fires Shot At Former Boss Obi...