The Cape of Good Hope SPCA rescued three Pitbulls from a Cape Town property on Wednesday, 9 June. A dogfighting suspect was apprehended and spent the night in jail, according to the animal welfare organisation.

SPCA inspectors Jaco Pieterse (Chief) and Mark Syce reacted to a video tip-off they received on Wednesday and headed to a property in Ocean View, Cape Town with a warrant. They were accompanied by Law Enforcement’s Animal Control Unit.

The SPCA said three Pitbulls were were rescued from the property and one suspected dogfighter was arrested by Law Enforcement. He is expected to face charges related to the contravention of the Animals Protection Act.

“Fighting dogs never win, even when they win their fight, because there will be no veterinary treatment to ease their pain, no comfort and no care and they will have to do it all over again,” said the SPCA.

One of the rescued dogs displayed telltale signs of being forced to fight – scarring on his legs and an abscess under his jaw, which probably festered after a bite wound was left untreated, said the SPCA.

Last week, on Monday, 31 May, the SPCA rescued two dogs from a Manenberg property after seeing a dogfighting video. However, they found more than they bargained for at the house. Two of the suspects linked to the alleged dogfight had a history of serious crimes.

Pieterse and Syce secured a warrant from the Wynberg Magistrate’s Court that would allow them to remove the animals and they were accompanied to the property by both the police and Law Enforcement.

At the house, they were able to find original video evidence on one of the suspects’ phone and positively identify him based on the clothing worn in the video. A second suspect was also tracked down and detained by Manenberg Police.

“It was discovered that the first suspect has three existing criminal charges against him – two for attempted murder and one for illegal possession of a firearm. The second suspect also has an existing charge of attempted murder to his name,” said the SPCA.

Both dogs rescued from the property were taken in by the animal welfare organisation and underwent veterinary assessment.

The SPCA intends to eradicate dogfighting and offers a R5000 reward for information that leads to the successful prosecution of individuals involved in the act. Reports can be made anonymously via 083-326-1604. 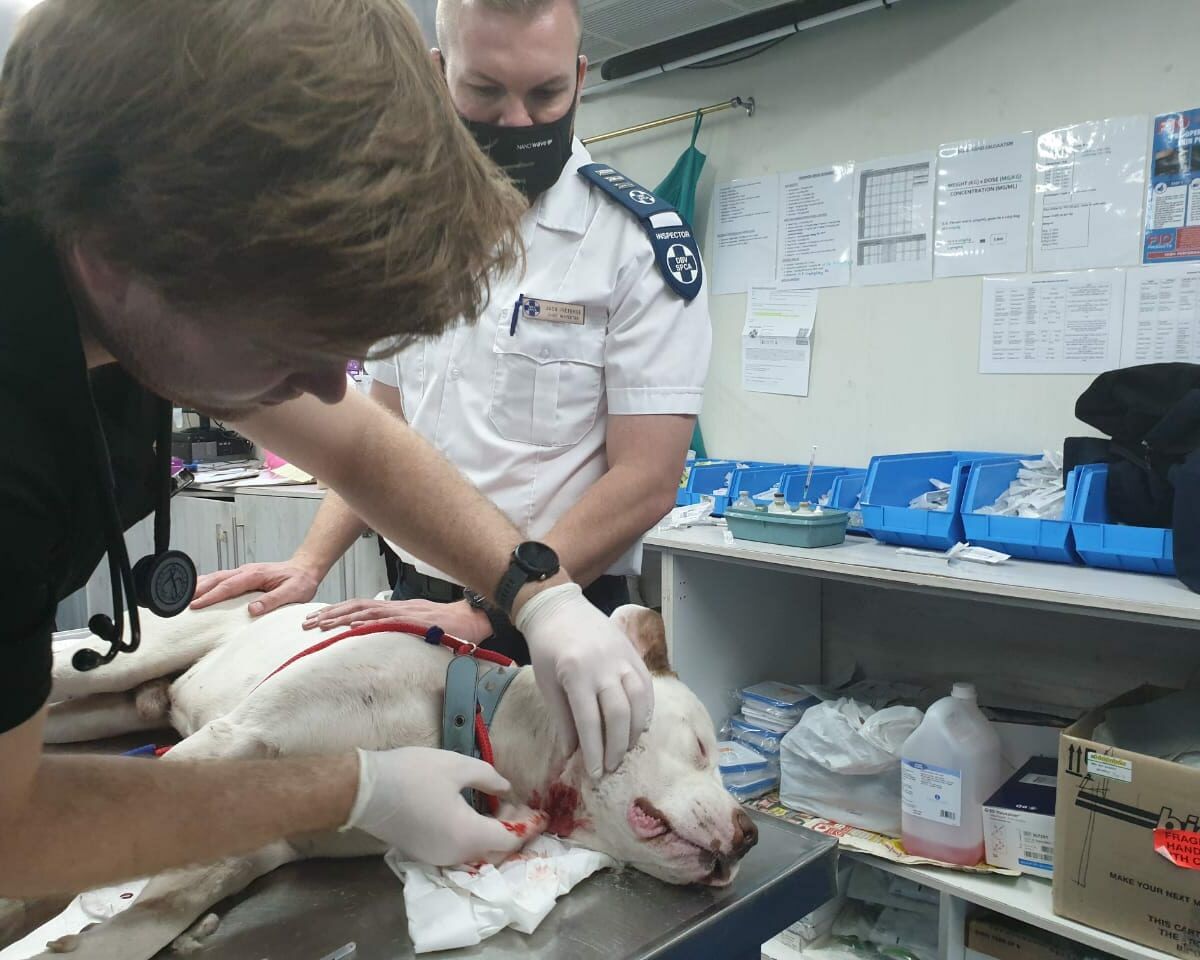