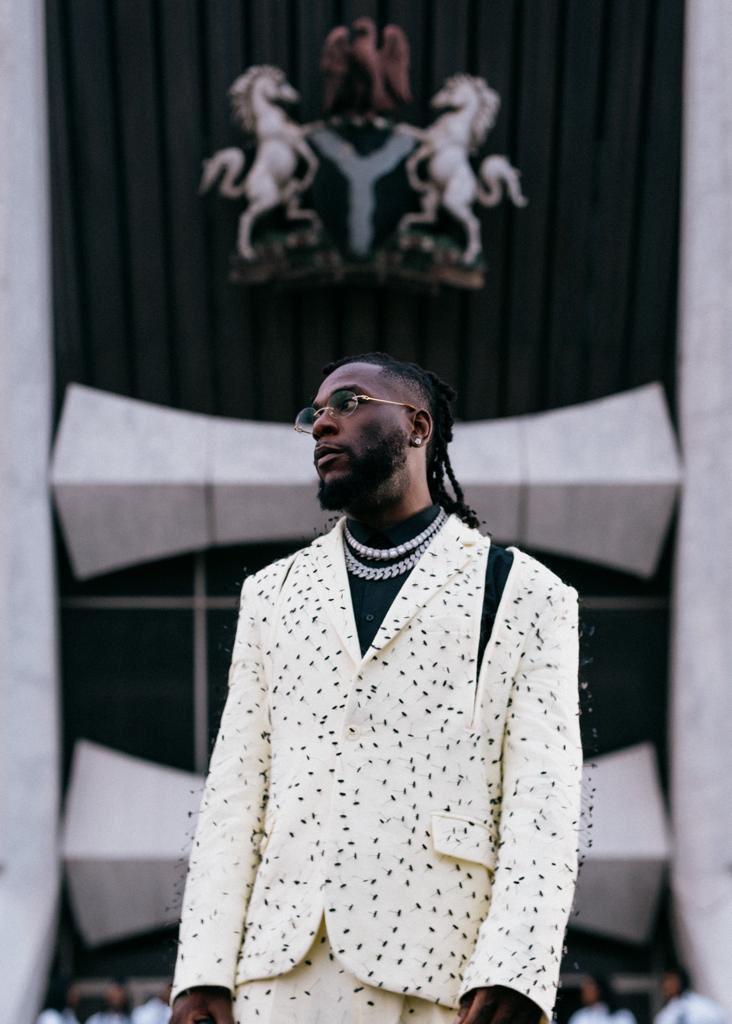 Nigerian artist, Damini Ogulu, professionally known as Burna Boy, has been awarded with his first Grammy plaque for his album, ‘Twice As Tall’ in the category of Best Global Music Album.

The musician was also at the ceremony to receive his plaque after being nominated for the second time in a row.

His first nomination was in the category of Best World Music Album for his album, ‘African Giant’. He, however, lost the award to Beninese veteran singer, Angelique Kidjo.

Burna Boy also delivered a powerful speech as he accepted the award.

Read Also: Burna Boy gushes about his girlfriend, Stefflon Don as they continue their holiday in Ghana (video)

“This is a big win for my generation of Africans all over the world. And this should be a lesson to every African out there. No matter where you are, no matter what you plan to do, you can achieve it; no matter where you’re from, because you are a king“, he said.

The musician also delivered a performance at the 63rd Grammys Award Premiere. 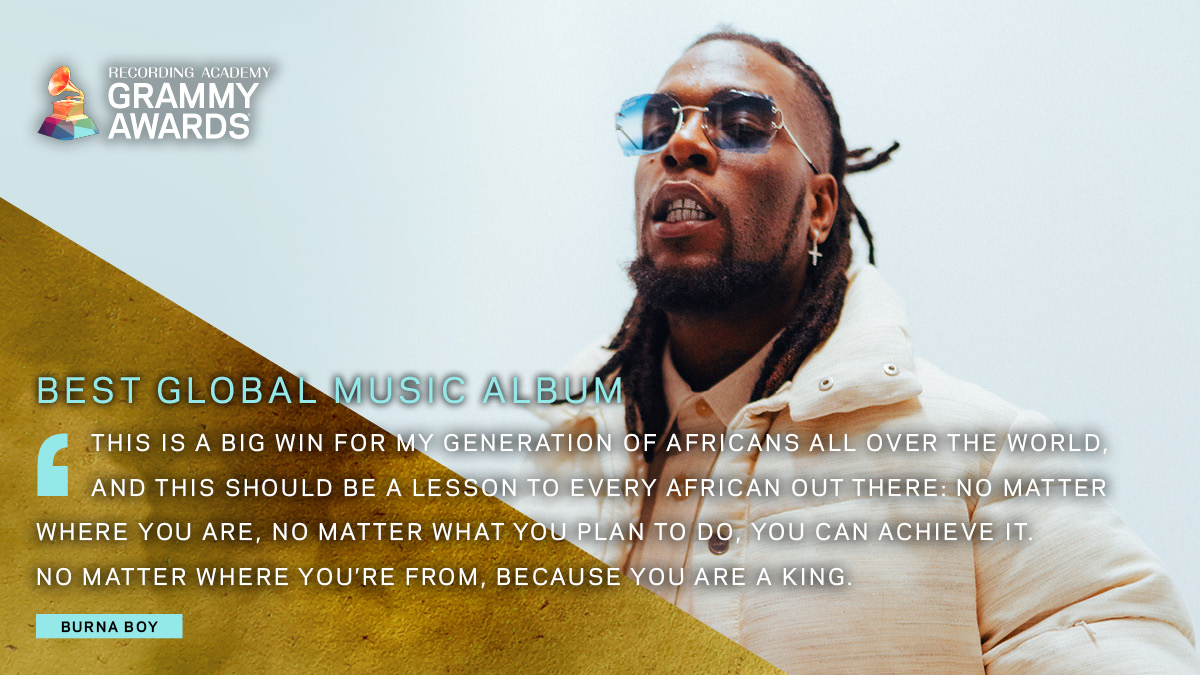 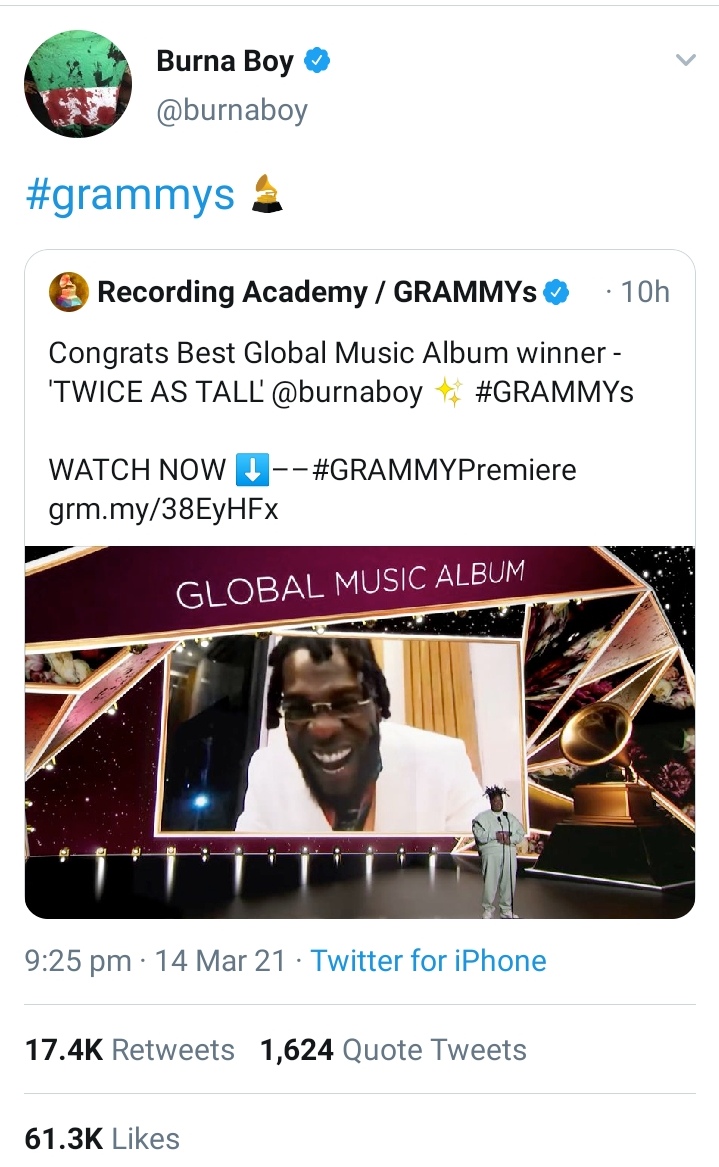