It’s undoubtedly been a good year for Tesla founder Elon Musk’s fortune. In January 2021, he had surpassed Amazon’s Jeff Bezos to become the richest person in the world – while that was soon short-lived after Bezos reclaimed the spot once again the following month.

Bezos, Musk, Bernard Arnault, the chairman of luxury goods company LVMH and Microsoft founder Bill Gates are currently listed as the richest men in the world – in that particular order. But another billionaire outside of this “circle” stands out, particularly for having made more money than Musk – India’s Gautam Adani.

Adani, heads the Adani Group, which has its fingers in several industries including oil, real estate, power generation and infrastructure.

According to Forbes, Adani’s wealth grew to US$66.2 billion due to the rapid rise in share prices of companies under the Adani Group. Thanks to his exponential wealth growth, he has overtaken China’s Zhong Shanshan to become the second-richest man in Asia and 15th in the WORLD. Bloomberg has also reported that also beat Musk for the biggest growth in wealth in 2021.

Adani entered the business world in 1988, having started Adani Exports, now known as Adani Enterprises – the holding company of the Adani Group. It initially specialised in agricultural and power commodities, but he soon started expanding the businesses into trading of metals, textiles, and agro products.

So what does this Billionaire spend his fortune on?

This is the fun part – finding out what exactly Gautam Adani spends his hard-earned billions on. It has been reported that he owns a palatial estate in New Delhi – and if that wasn’t enough, Adani three private jets and three helicopters.

He also collects luxury cars, including a Rolls Royce and Ferrari. Like fellow billionaire Bill Gates, Adani is himself quite the philanthropist, having donated a reported $13 million to help India in its fight against COVID-19.

According to The Times of India, the Adani Group helped arrange for four ISO cryogenic tanks with 80 tonnes of liquid oxygen and 5 000 medical grade oxygen cylinders from Saudi Arabia to help those afflicted with the virus. 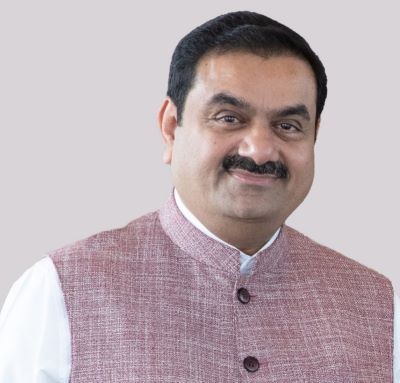